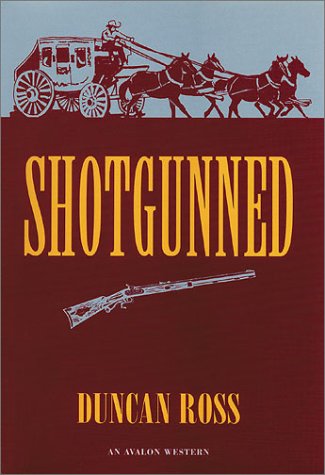 Years ago, Kane Randlett lost his parents, his arm and his younger brother to Fetty, the meanest man in the west. Randlett watched as Fetty and his gang killed his parents and kidnapped his little brother. That very day, Randlett knew he'd never rest until he discovered his brother's fate and exacted his revenge on Fetty.

Years later Randlett comes into a small western town at the call of a friend who believes the Fetty gang is again on the loose, robbing and killing... leaving his "signature" kill with that damnable shotgun.

Randlett is anxious to bring in the man, who left him one-armed all those years ago, but more than that Randlett believes Fetty has managed to keep his younger brother captive and he means to rescue him whatever it takes.

Alice Duncan Ross has loved to read westerns since she was a teenager. She still often reads Zane Gray just to "bring back the flavor of the old West."

She lives with her husband on a hill outside the small east Texas town of Sulfur Springs. They raise beef calves and enjoy retirement living with occasional visits from the grandchildren. Alice and her son, Kent, have published several children's books.