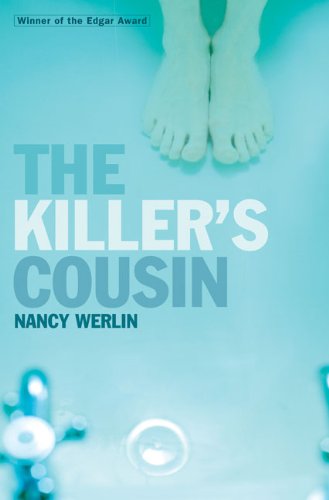 After being accused and acquitted in the death of his girlfriend, seventeen-year-old David is sent to live with his aunt, uncle, and young cousin to avoid the media frenzy. But all is not well at his relatives? house. His aunt and uncle are not speaking, and twelve-year-old Lily seems intent on making David?s life a torment. And then there?s the issue of his older cousin Kathy?s mysterious death some years back. As things grow more and more tense, David starts to wonder?is there something else that his family is trying to hide from?

Ever since David Yaffe was acquitted of murder in the accidental death of his girlfriend, he has felt that "for the rest of my life, over and over, I would have to convince everyone--including me--of my harmlessness." To escape media attention and the prying stares of the curious, he is sent to finish his senior year of high school in Cambridge, Massachusetts, where he lives in the attic apartment of his Aunt Julia and Uncle Vic. They receive him coldly, and his 11-year-old cousin, Lily, is openly hostile. (The apartment previously belonged to their older daughter Kathy, who died an apparent suicide at age 18.) With a haunting series of episodes--including a sporadic humming and a fleeting shadow--David begins to sense Kathy's eerie and powerful presence.

His loneliness and self-distrust is relieved only by his friendship with Raina, an art student who lives downstairs--until Lily's spying and harassing destroys the relationship. Lily's anger escalates into more and more vicious tricks, but when David confronts Vic and Julia, they refuse to believe that Lily needs help. At last David is forced to realize that he and Lily share a complicity in murder, in a blazing climax that resolves this subtle psychological thriller. (Ages 12 and older) --Patty Campbell

RECENTLY ACQUITTED OF MURDER, seventeen-year-old David has moved to Massachusetts to complete his senior year of high school. His aunt and uncle have offered him shelter -- escape from the media's questions and from the uncertain glances of his neighbors and ex-friends.

His attic apartment doesn't feel much like a shelter, though. He sees ghostly shadows at night, his aunt is strangely cold, and his eleven-year-old cousin, Lily, is downright hostile. And as Lily's behavior becomes more and more threatening, David can't help wondering what ugly secrets lurk within the walls of her home.

There's one thing that David knows with certainty. The more he learns about his cousin Lily, the harder it is to avoid thinking about his own past.