Items related to The Ferguson Rifle: A Novel (Louis L'Amour's... 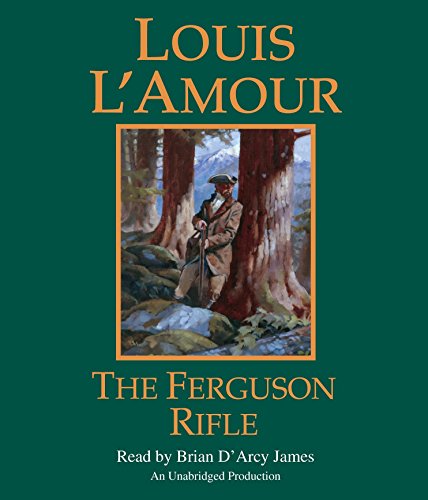 It began with gold that had once belonged to Montezuma. Stolen and cached in a church in Mexico, it was recovered by two army officers who fled north for the French settlements. Along the way one stabbed the other to death. The remaining officer was eventually killed by Plains Indians, but he buried the treasure just before he died.

Now Ronan Chantry, a handful of trappers, and an Irish girl whose father was killed after telling her a few vague landmarks are searching for the lost treasure. But they are not alone. The girl’s uncle, Rafen Falvey, wants it, too. Like Chantry, he is well educated, bold, and determined. Under different circumstances the two men might have been friends. But in all likelihood it wouldn’t have made any difference. When it comes to gold, even friendship doesn’t keep men from killing each other.

Stripped of all he values in life, Ronan Chantry takes up his prized Ferguson rifle and heads west -- into an unknown land and an uncertain future. For an educated man, Chantry is surprisingly tough. For a civilized man, he is unexpectedly dangerous. But even he can't know the true extent of his courage until he draws the fire of a man who will do anything -- kill anyone -- for the glitter of gold.

Louis L’Amour is the only novelist in history to receive both the Presidential Medal of Freedom and the Congressional Gold Medal. He has published ninety novels; twenty-seven short-story collections; two works of nonfiction; a memoir, Education of a Wandering Man; and a volume of poetry, Smoke from This Altar. There are more than 300 million copies of his books in print.

1. The Ferguson Rifle: A Novel (Talon and Chantry)