Items related to Three Ways of Thought in Ancient China 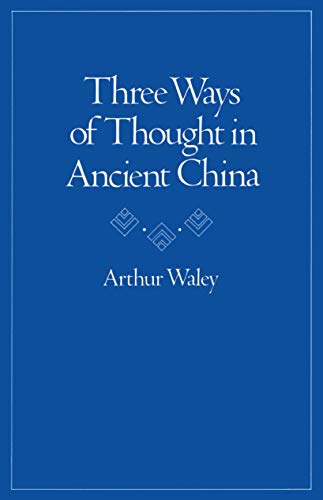 In the fourth century BC three conflicting points of view in Chinese philosophy received classic expression: the Taoist, the Confucianist, and the "Realist." This book underscores the interplay between these three philosophies, drawing on extracts from Chuang Tzu, Mencius, and Han Fei Tzu.

“Whether he is ‘journeying with Chuang Tzu in the realm of Nothing Whatever,’ analyzing the Confucian ideal type of Government by Goodness (as advocated by Mencius), or discussing the practical advice to rulers given by Han Fei Tzu and other realists, Mr. Waley contrives, as is his wont, to extract savory and satisfying fare from the frequently dry bones of ancient Chinese philosophy. . . . The book is enhanced by the polished and lucid style of Mr. Waley’s translations.”—The Times Literary Supplement
“Chuang Tzu, Mencius, and the Realists, three conflicting points of view from the 4th century B.C., are discussed in this well-presented work.”—Second Wave Books on Asia

2. Three Ways of Thought in Ancient China (Paperback or Softback)