Items related to More Making Out in Japanese (Making Out Books) 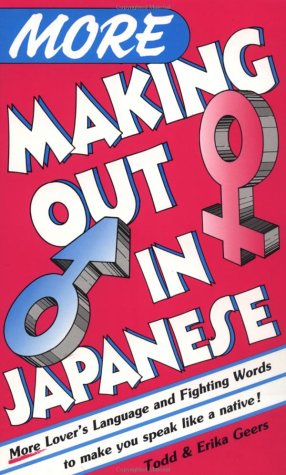 More Making Out in Japanese is a fun, accessible and thorough Japanese phrasebook and guide to the Japanese language as it's really spoken.

This prasebook follows the bestselling Making Out in Japan providing additional (and classic) phrases for travelers, including ones to help you make acquaintances, discuss likes and dislikes, share a meal, go out on the town or develop a romantic relationship.

Original edition by Todd and Erika Geers. Todd Geers is a graduate in Japanese studies from the University of Maryland and met his wife, Erika, in 1984 in Yokohama, Japan. He conceived the idea for a book on colloquial Japanese when he realized that what he was studying in his textbooks wasnĆt what he heard being spoken around him.