Items related to Making Out in Japanese (Making Out Books) 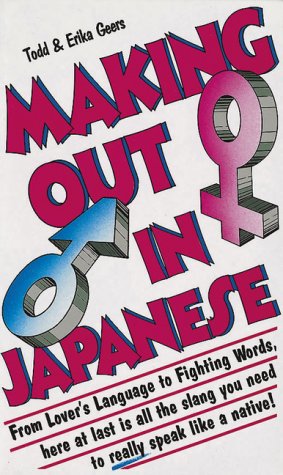 A great book for those who want to learn how to speak the way the actual native Japanese people speak. Shows you how to express yourself the way you always wanted without sounding too grammatical. Softcover.

Original edition by Todd and Erika Geers. Todd Geers is a graduate in Japanese studies from the University of Maryland and met his wife, Erika, in 1984 in Yokohama, Japan. He conceived the idea for a book on colloquial Japanese when he realized that what he was studying in his textbooks wasnÆt what he heard being spoken around him.