Items related to The Birth of Love

Kavenna, Joanna The Birth of Love

The Birth of Love 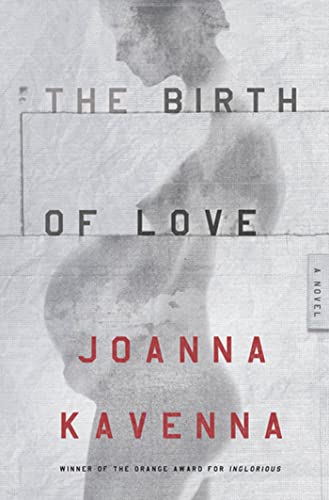 From the winner of the Orange Award for New Writers, an epic novel of childbirth―past, present, and future

The year is 1865. In Vienna, Dr. Ignasz Semmelweiss has been hounded into an asylum by his medical peers, ridiculed for his claim that doctors' unwashed hands are the root cause of childbed fever. In present-day London, Bridget Hughes juggles her young son, husband, and mother as she plans her home birth, unprepared for the trial she is about to endure. Somewhere in 2135, in a world where humans are birthed and raised in breeding farms, Prisoner 730004 is on trial for concealing a pregnancy.

Through three stories spanning centuries, acclaimed novelist Joanna Kavenna explores the most basic plight of women, from the slaughterhouse of primitive medicine to a futurisic vision of technological oppression. Poised at the midpoint is Bridget, whose fervent belief in the wisdom of nature is tested in one of the most gripping accounts of labor to appear in fiction.

Original, powerful, and played out against a vast canvas, The Birth of Love is at once a novel about the creation of human life, science and faith, madness and compromise, and the epic journey of motherhood.

Joanna Kavenna's first novel, Inglorious, received the prestigious Orange Award for debut fiction, while The Ice Museum, a work of travel writing, was short-listed for the Ondaatje Prize. Kavenna's writing has appeared in The New York Review of Books, The Guardian, and The Times Literary Supplement, among other publications. She lives in Oxford, England.

1. The Birth of Love

3. The Birth of Love

4. The Birth of Love (Paperback or Softback)

6. The Birth of Love

7. The Birth of Love

9. The Birth of Love