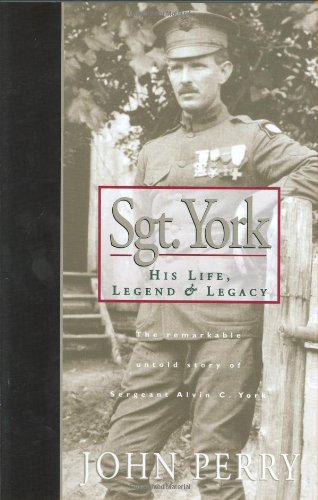 In a world desperate for authentic heroes, the story of Alvin C. York reminds us of the true meaning of heroism. York's bravery on the battlefield made him famous, but it was his decision to turn down the easy riches of celebrity that secured his position as one of history's greatest Christian patriots. Based on new interviews with all of York's living children, and York's own diaries, this exhaustive biography follows the young soldier from the hills of Tennessee to the battlefields of France, down Broadway in a triumphant ticker-tape parade, and back home to his family farm where he spent the rest of his life in service to his community and his God.

John Perry has coauthored books with John MacArthur, Richard Land, Mike Huckabee, among others and written historical books about Charles Colson, the Scopes Monkey Trials, and more. He is a two-time Gold Medallion Award finalist and lives in Nashville, Tennessee.