Items related to Babe: The Life of Oliver Hardy

Babe: The Life of Oliver Hardy 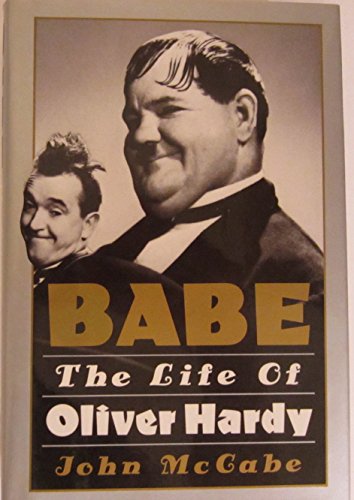 In this affectionate biography, John McCabe traces the life and times of one of America’s best–loved comics. Oliver “Babe” Hardy had been destined for a legal career, but he was obsessed with the motion picture industry and eventually moved to Hollywood. By the mid–1920s, he was working as an all–purpose comic at the legendary Hal Roach studio. Laurel and Hardy’s partnership with the pioneer filmmaker and producer began in 1926. Within a year of their first appearance, they were being touted as the new comedy duo. After collaborating on a number of silent pictures, they seamlessly made the transition to talking films, building a reputation for a warm, charismatic, casual style of comedy. But Hardy’s life was not all laughter and fun. His performances were overshadowed by a depressing paradox: although he despised being overweight, his comic identity depended on it. In Babe: The Life of Oliver Hardy, John McCabe looks at the public triumphs and personal tribulations of this celebrated comic actor.

John McCabe has been a professional actor since childhood, and is an established writer on cinema and theatre in America. He is the author of several books, including 'Mr Laurel and Mr Hardy', also published by Robson (1861056060).

2. Babe: The Life of Oliver Hardy

4. Babe: The Life of Oliver Hardy

5. BABE: THE LIFE OF OLIVER HARDY