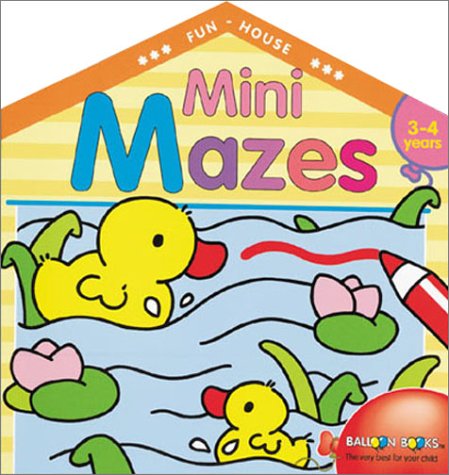 Nice and simple mazes for the youngest solvers! Big and loopy, with wide-open paths that small children (with uncertain penmanship) can easily navigate with their crayon or colored pencil, these are "starter mazes" kids will find fun to follow. Each design has friendly, familiar objects, like flowers and cars and a shining sun-perfect for coloring in after the child finishes the maze.