Items related to Order and History: The World of the Polis, Vol. 2

Eric Voegelin Order and History: The World of the Polis, Vol. 2

Order and History: The World of the Polis, Vol. 2 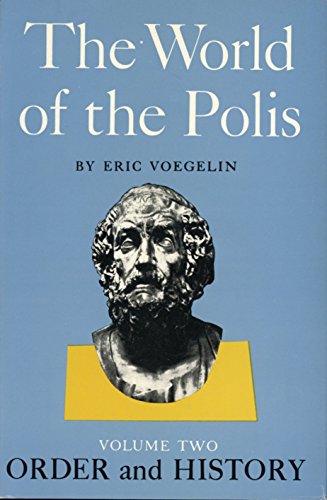 Eric Voegelin (1901-1985) was one of the most original and influential philosophers of our time. Born in Cologne, Germany, he studied at the University of Vienna, where he became a professor of political science in the Faculty of Law. In 1938, he and his wife, fleeing Hitler, immigrated to the United States. They became American citizens in 1944. Voegelin spent much of his career at Louisiana State University, the University of Munich, and the Hoover Institution at Stanford University. During his lifetime he published many books and more than one hundred articles. The Collected Works of Eric Voegelin will make available in a uniform edition all of Voegelin's major writings.

Athanasios Moulakis is Herbst Professor of the Humanities at the University of Colorado at Boulder. He is the author or editor of numerous books, including Simone Weil and the Politics of Self-Denial, Beyond Utility: Liberal Education for a Technological Age (AACAU Ness Award), and Eric Voegelin's History of Political Ideas, Volume I, Hellenism, Rome, and Early Christianity

4. Order and History: The World of the Polis, Vol. 2 [Hardcover] Eric Voegelin