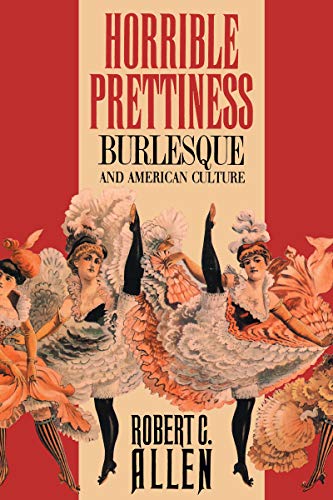 Robert Allen's compelling book examines burlesque not only as popular entertainment but also as a complex and transforming cultural phenomenon. When Lydia Thompson and her controversial female troupe of "British Blondes" brought modern burlesque to the United States in 1868, the result was electric. Their impertinent humor, streetwise manner, and provocative parodies of masculinity brought them enormous popular success--and the condemnation of critics, cultural commentators, and even women's rights campaigners.
Burlesque was a cultural threat, Allen argues, because it inverted the "normal" world of middle-class social relations and transgressed norms of "proper" feminine behavior and appearance. Initially playing to respectable middle-class audiences, burlesque was quickly relegated to the shadow-world of working-class male leisure. In this process the burlesque performer "lost" her voice, as burlesque increasingly revolved around the display of her body.
Locating burlesque within the context of both the social transformation of American theater and its patterns of gender representation, Allen concludes that burlesque represents a fascinating example of the potential transgressiveness of popular entertainment forms, as well as the strategies by which they have been contained and their threats defused.

"An intriguing exploration of an important (if elusive) theatrical genre, its predecessors, successors, and cultural meaning, especially related to gender issues."-- Winterthur Portfolio

Robert C. Allen is James Logan Godfrey Professor of American Studies, History, and Communication Studies at the University of North Carolina at Chapel Hill. He is author of Speaking of Soap Operas, coauthor with Douglas Gomery of Film History: Theory and Practice, and editor of Channels of Discourse, Reassembled and To Be Continued: Soap Operas Around the World.