Items related to Twisted Cross: The German Christian Movement in the...

Twisted Cross: The German Christian Movement in the Third Reich 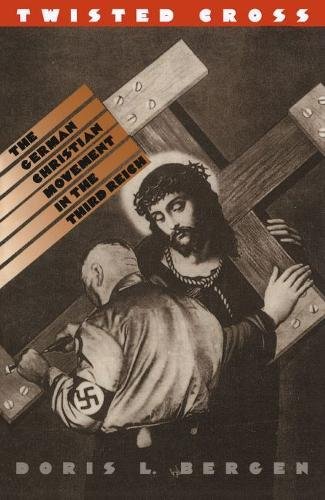 How did Germany's Christians respond to Nazism? In Twisted Cross, Doris Bergen addresses one important element of this response by focusing on the 600,000 self-described 'German Christians,' who sought to expunge all Jewish elements from the Christian church. In a process that became more daring as Nazi plans for genocide unfolded, this group of Protestant lay people and clergy rejected the Old Testament, ousted people defined as non-Aryans from their congregations, denied the Jewish ancestry of Jesus, and removed Hebrew words like 'Hallelujah' from hymns. Bergen refutes the notion that the German Christians were a marginal group and demonstrates that members occupied key positions within the Protestant church even after their agenda was rejected by the Nazi leadership. Extending her analysis into the postwar period, Bergen shows how the German Christians were relatively easily reincorporated into mainstream church life after 1945. Throughout Twisted Cross, Bergen reveals the important role played by women and by the ideology of spiritual motherhood amid the German Christians' glorification of a 'manly' church.

"This is a disturbing and an important book, highly relevant for many contemporary discussions concerning theology, religion and modern culture. It vividly illustrates the dangers of completely breaking with tradition and the reason why many people, especially Jewish leaders, are often worried about such things as the so-called 'New Age' movements."-- Studies in Religion

Doris L. Bergen is associate professor of history at the University of Notre Dame.