Items related to Alive: The Story Of The Andes Survivors (Turtleback... 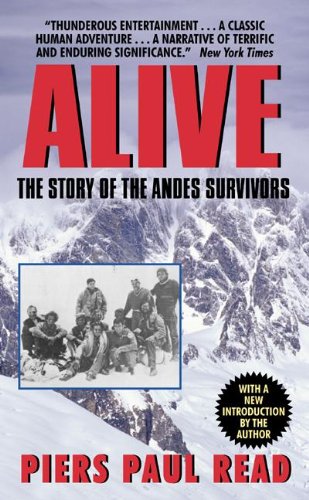 FOR USE IN SCHOOLS AND LIBRARIES ONLY. Records the struggles and sufferings of the young Uruguayans during the ten weeks following an airplane crash in the Andes.

They overcame the impossible by doing the unthinkable?

On 13th October 1972, a plane chartered by an amateur rugby team on their way to Santiago in Chile crashed in the Andes. Some of the forty-five passengers and crew were killed on impact, others seriously injured. Weakened by starvation, extreme cold, and by the awful knowledge that the search had been called off, the survivors had to face the inescapable truth: to live, they must eat the flesh of their dead companions.

1. Alive: The Story of the Andes Survivors (Hardback or Cased Book)