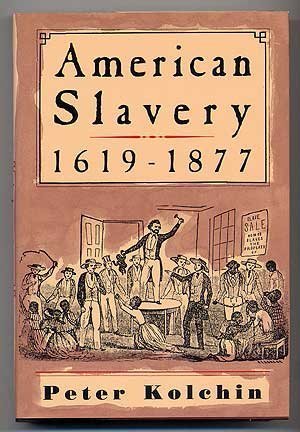 A concise, engaging overview of American slavery from the beginning of the colonial era to emancipation and its aftermath. Kolchin takes a broad geographical perspective, putting American slavery in the context of a general trend toward use of forced labor on the periphery of an expanding Europe.This incisive synthesis fills a major gap for the general reader and for historians, who will find it both stimulating and appealing.

Peter Kolchin, professor of history at the University of Delaware, is the author of First Freedom: The Responses of Alabama's Blacks to Emancipation and Reconstruction (1972) and Unfree Labor: American Slavery and Russian Serfdom (1987), which won the prestigious Bancroft Prize for 1988