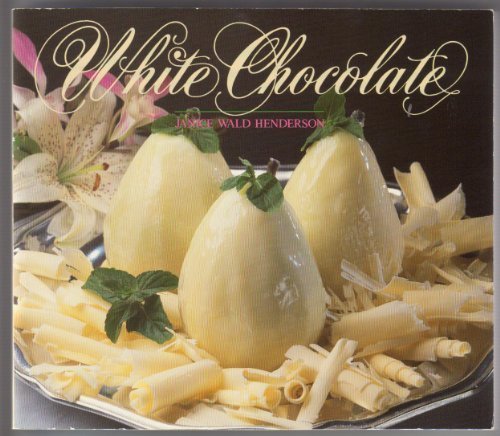 White chocolate has long been available as the less-familiar cousin of dark chocolate. Here Chocolatier editor Henderson champions it as an ingredient for all manner of desserts. Some recipes are new versions of old baking favorites, among them shortbread, cinnamon bread and pecan pie. Others are adapted from dark-chocolate recipes, including pots de creme and German chocolate cake. Those who prefer straight excess will attempt confections like white-chocolate brownies with white and dark chocolate chunks. Whimsy gains the upper hand in recipes such as mock Hostess cupcakes or white-chocolate waffles with brandied cherries and black cherry coulis. There is no shortage of imagination displayed as Henderson draws on recipes from chocolate aficionados as diverse as Jackson, Ky., home cook Jackie Bays, food writer Richard Sax and Los Angeles Trumps chef Michael Roberts. Generally their enthusiasm is infectious, although readers may demur at Henderson's assertion that baking the macadamia nut-white chocolate chip muffins in small tins saves them from being trendy. Photos.
Copyright 1987 Reed Business Information, Inc.

White chocolate is the darling of the dessert world in the Eighties. A blend of cocoa butter, sugar, milk, and usually vanilla, it lacks the chocolate liquor that gives chocolate its color and flavor. Its own flavor is distinctive and much appreciated, however. Henderson's book includes such treats as hot white chocolate, and Robert E. Lee cake, coeur a la creme, and brownies made with white chocolate. Recipes are credited to their creators. Most of the recipes are easy, though some do require time and care. Lists of schools and sources are appended. Buy it, for your chocoholics. SP
Copyright 1987 Reed Business Information, Inc.