Items related to Lost in the Fog by James De Mille, Fiction

Lost in the Fog by James De Mille, Fiction 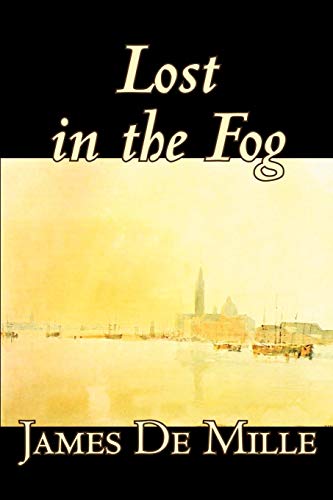 Drifting on in this way, they had come to within a mile of Ile Haute, and had an opportunity of inspecting the place which Tom had declared to be so gloomy. In truth, Tom's judgment was not undeserved. Ile Haute arose like a solid, unbroken rock out of the deep waters of the Bay of Fundy, its sides precipitous, and scarred by tempest, and shattered by frost. On its summit were trees, at its base lay masses of rock that had fallen. The low tide disclosed here, as at the base of Blomidon, a vast growth of black seaweed, which covered all that rocky shore. The upper end of the island, which was nearest them, was lower, however, and went down sloping to the shore, forming a place where a landing could easily be effected. From this shore mud flats extended into the water. "This end looks as though it had been cleared," said Bart. "I believe it was," said the captain. "Does anybody live here?" "No." "Did anyone ever live here?" "Yes, once. . . ."

James De Mille (1833 - 1880) was a professor at Dalhousie University, Nova Scotia and an early Canadian popular writer who published numerous works of popular fiction from the late 1860s through the 1870s. He was born in Saint John, New Brunswick, son of the merchant and shipowner, Nathan De Mille. He attended Horton Academy in Wolfville and spent one year at Acadia University. He then travelled with his brother Elisha Budd to Europe, spending half a year in England, France and Italy. On his return to North America, he attended Brown University, from which he obtained a Master of Arts degree during 1854. He married Anne Pryor, daughter of the president of Acadia University, John Pryor, and was there appointed professor of classics. He served there until 1865 when he accepted a new appointment at Dalhousie as professor of English and rhetoric. He continued to write and teach at Dalhousie until his early death at the age of 46. His most popular work with contemporaries, and the work for which he is most known today, is A Strange Manuscript Found in a Copper Cylinder, which was serialized posthumously in Harper's Weekly.