Pas, Julian F. The A to Z of Taoism (The A to Z Guide Series) 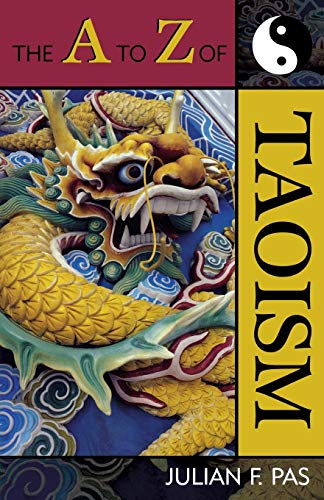 Taoism, the set of philosophical teachings and religious practices rooted in the understanding of the Chinese character Tao, or "The Way," was founded by the Chinese philosopher Laozi in the 6th Century BCE, whose work, the Tao Te Ching (The Book of the Way and its Virtue) laid the philosophical foundation for the religion's beliefs. This volume starts, as it should, with a detailed chronology of Taoism and its relationship both to China and other teachings. The introduction inserts it further in this basic context. Then the dictionary section, consisting of several hundred cross-referenced entries, provides a more detailed treatment of significant persons, nonpersons (gods and demons), concepts, practices, rituals, scriptures, and schools. The bibliography suggests further reading.

The late Julian Pas taught religious and Far Eastern studies at the University of Saskatchewan for about three decades, during which time he lectured and wrote extensively on Taoism.

Canadian scholar of religious and Far Eastern studies Pas (1929-2000) begins with a chronology of Taoism and an introduction setting it in the context of Chinese history and other religious traditions. Then he presents over 270 articles on people, movements, works, concepts, and other aspects. (Reference and Research Book News)