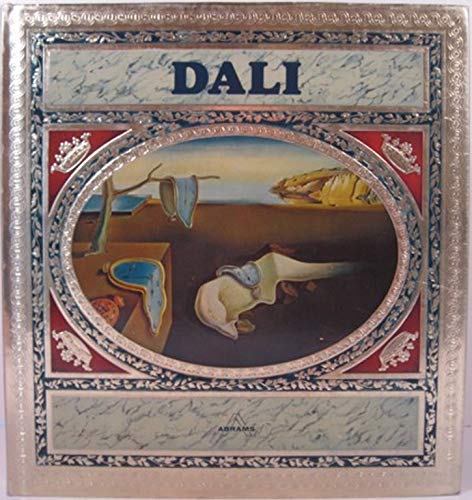 Contains numerous superbly printed illustrations, including startling details and many works never before reproduced, are juxtaposed with Dali's own thoughts on the subjects that most deeply concern him and his painting-war, his wife Gala, space-time, eroticism, mysticism, etc.-and all wrapped in a candy-box cover for the delectation of the artlover.

This book, the most comprehensive and sumptuous ever published about the exceptional artist Salvador Dali, is a fitting tribute to the great master.

Robert Descharnes (born 1926) is a photographer and writer, and has made numerous films, including L'Histoire prodigieuse de la dentelliere et du rhinoceros. He has written for magazines in France and elsewhere, and has published studies of major artists, among them Antoni Gaudi and Auguste Rodin. His labours have been primarily devoted to Salvador Dali, though, and he has helped organize Dali exhibitions at major museums and galleries throughout the world. Since 1950 he has been documenting and cataloguing Dali's paintings and writings, and is now considered the leading expert on the artist. Shortly before Dali's death, Descharnes was appointed by him to take charge of the rights to his works, within the Societe Demart Pro Arte B.V., of which Descharnes is president. As a friend of the artist for over thirty years, privy to the realities behind the public image, Robert Descharnes is uniquely qualified to analyse Dali the man and Dali the myth. Gilles Neret (born 1933) is an art historian journalist and the author of numerous books on modern art. He has not only organized major retrospectives of impressionists from Renoir to Gauguin in Japan but also Millet, Rousseau, Modigliani, Leger and Kandinsky as well as the Paris Biennale, modern sculpture, Dali. He is a founding member of the Seibu Museum and Wildenstein Gallery in Tokyo.

Book Description Harry N. Abrams, 1968. Hardcover. Condition: Good. Connecting readers with great books since 1972. Used books may not include companion materials, some shelf wear, may contain highlighting/notes, may not include cdrom or access codes. Customer service is our top priority!. Seller Inventory # S_282002467

Book Description Harry N. Abrams, 1968. Hardcover. Condition: Acceptable. This is a used book. It may contain highlighting/underlining and/or the book may show heavier signs of wear . It may also be ex-library or without dustjacket. Seller Inventory # mon0002369021

Book Description Brand: Abrams. Hardcover. Condition: GOOD. Has little wear to the cover and pages. Contains some markings such as highlighting and writing. Seller Inventory # 0810900637_abe_gd