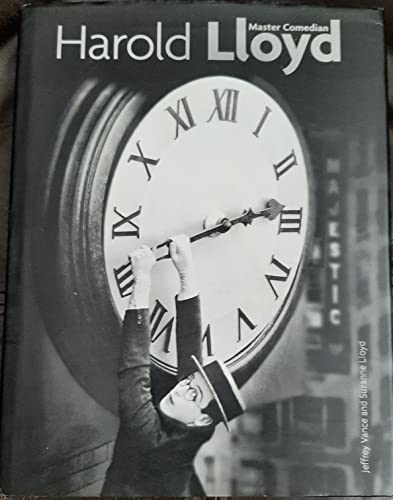 A heavily researched volume published to coincide with the release of the silent film innovator's major works on video and DVD examines his role in American cinema as well as every aspect of his creative output and processes, from his more than two hundred films to his pioneering efforts for the popular "thrill" comedy genre.

Jeffrey Vance is co-author of Abrams' Buster Keaton Remembered and co-author of two books on Charlie Chaplin. An authority on silent comedy and a film archivist, he has been involved in the restoration of many silent films. He lives in Pasadena, CA. Suzanne Lloyd, a granddaughter of Harold Lloyd, is the author of 3-D Hollywood and executive producer of the Emmy-nominated documentary Harold Lloyd: The Third Genius. She lives in Westwood, CA.

Vance follows his posthumous collaboration with Buster Keaton's widow, Buster Keaton Remembered (2001), with a partnership with the granddaughter of Keaton's great contemporary film comedian, Harold Lloyd (1893-1971). The results are less lively, though Suzanne Lloyd is very much alive. Whereas Vance completed a text Eleanor Keaton had prepared, here he is the principal writer. Suzanne's worthiest contribution is a memoir of growing up in her grandparents' palatial home, Greenacres. The text about Lloyd's life and films leaves minor questions unanswered and smothers Lloyd's genius in bland froth. On the other hand, the master speaks powerfully for himself in a hefty excerpt from an American Film Institute Master Seminar and overwhelmingly in the 225 photographs of his life and work that make this one of the best-looking film books ever. An enthusiastic photographer, Lloyd amassed an enormous collection of his films and the still photographs made during their production. Every page attests that these pictures were brilliantly fashioned to begin with and then kept in pristine condition. Ray Olson
Copyright © American Library Association. All rights reserved