Items related to The Rembrandt Book 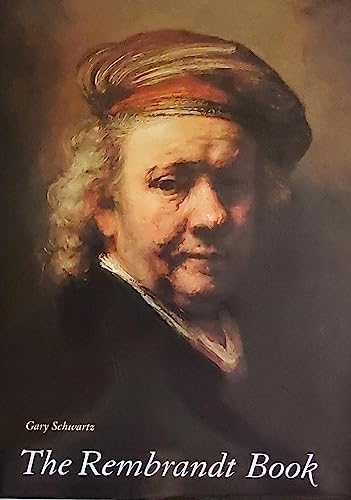 With international attention focused on the 400th anniversary of Rembrandt von Rijn’s birth, the world’s leading Rembrandt expert weighs in with a penetrating—and accessible—examination of the Dutch master’s life and art from both the biographical and the art historical perspective.

Rembrandt was an esteemed artist in his own time as well as in the present, yet there is much debate over how many paintings and drawings can really be attributed to him, and popular scholastic opinion varies widely. In his lively text, accompanied by 700 full-color illustrations, Gary Schwartz addresses the central controversies, providing art historians, students, and art lovers with essential new insights to help clarify the mysteries surrounding the great painter.

Gary Schwartz studied art history at NYU and Johns Hopkins. In 1965 he moved to the Netherlands, where he has been active as an art historian, translator, writer, and publisher. A regular contributor to magazines and newspapers in the Netherlands, Germany, and the United States, Schwartz writes a bi-weekly column on art history in the Dutch press, which is circulated in English on the Internet under the title “Form Follows Dysfunction.”

Starred Review. Rembrandt is widely considered one of the most important painters in European art history, and this large, lavishly illustrated volume reinforces that image without skirting controversy (including debates over some of his works' authenticity). Dutch art scholar and columnist Schwartz is clearly an expert on the artist, encapsulating his style in sharp bursts of insight: "Human weakness and-especially-human strength inspired him. He found it not only in heroic action but also in resignation and introspection." But the author doesn't shy from paintings considered less successful, such as the so-called "Leiden history painting," "full of portentous details that do not correspond sufficiently to any known iconography." In contextualizing these works, Schwartz is careful to explain Rembrandt's beliefs, worldview and inspiration: "The text of the Bible was however only one of the givens...along with non-biblical literary sources; models in older art...antiquarian research; knowledge of folkways...and his own imagination." It's this complete view that makes the book so insightful, but it's the personal details that will gain readers' trust: "Few artists' biographers had anything nice to say about him as a person." This detailed, down-to-earth character sketching, combined with solid biographic and historical information, that makes this book as intellectually substantial as it is gorgeous. 700 full-color illustrations.
Copyright © Reed Business Information, a division of Reed Elsevier Inc. All rights reserved.