Items related to The Ultimate Picasso 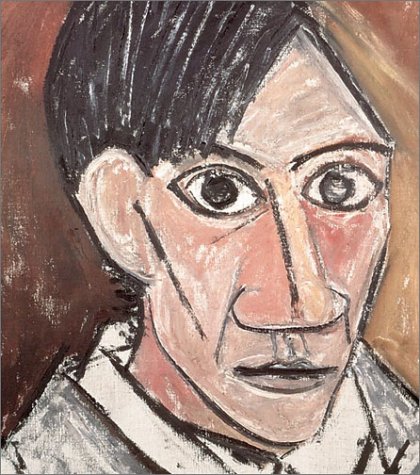 The author presents a more concise version of the sweeping retrospective of Picasso's work and life published in 2000, presenting more that 1,200 reproductions that cover paintings, drawings, lithographs, ceramics, and sculpture covering every major period in the artist's life. Reprint. 20,000 first printing.

If you had to choose just one book about Pablo Picasso, the most protean artist of the 20th century, what would you look for? Copious, good-quality reproductions. An authoritative account of the way his approach to painting was influenced by his personality, the women in his life, and his awareness of art made by others. An in-depth treatment of key works like Les Demoiselles d'Avignon (which Picasso memorably called his "first exorcism painting") and signature themes, like the half-man, half-animal Minotaur. Then there's the question of tone. Some books cast Picasso as a demigod or a destroyer. Others, like art historian John Richardson's A Life of Picasso, offer a more balanced, psychologically penetrating portrait of the artist.

Hefty, elegant, and inclusive, The Ultimate Picasso hits most, though not all, of these marks. It offers more than 1,200 reproductions (nearly 800 in color) spanning the artist's entire career. Smoothly translated from the French, the book weaves biographical detail and discussions of the art into a concise narrative. ("Olga became pregnant in the summer of 1920, and in Picasso's work forms blossomed and flesh took on the massive quality of stone.") The three authors are all experts--Léal and Bernadac are (respectively) present and former curators of the Musée Picasso in Paris, and Piot coauthored the catalogue raisonné of Picasso's sculpture. They clearly explain visual sources, duly acknowledge leading art historians' interpretations, and choose good quotes from contemporaries. Yet the text can be surprisingly skimpy. The 16-page section on Guernica, for example, has barely two pages of discussion about the painting and its genesis. The authors keep an extremely tight focus on their subject, with only as much mention of Picasso's contemporaries or the outside world as is absolutely necessary.

The major flaws, however, are the authors' hyperbolic view of their subject ("Picasso did not paint nature, but the suffering of the men and women of his time, creating from it beauty and truth") and the lack of any psychological insight about the repeated devastation Picasso wreaks on the female form. In this old-fashioned portrait of the male artist as genius, human failings do not exist, unless they belong to somebody else. --Cathy Curtis