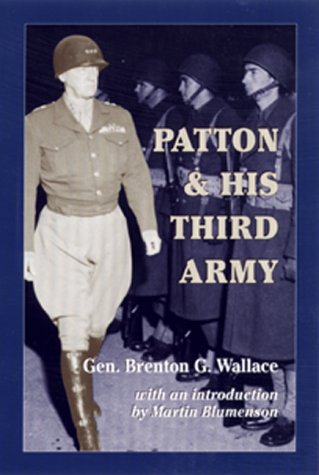 8-page b/w photo section 5 x 8 Revised paperback edition of a 1946 military history classic With a new introduction by noted miltary historian Martin Blumenson Dwight Eisenhower once said of General George Patton, "He was one of those men born to be a soldier . . . whose gallantry and dramatic personality inspired all he commanded to deeds of great valor." In this account of Patton and his Third Army, Wallace places Patton within the context of the army's operations and day-to-day movements as it roared through France, Luxembourg, and Germany. Wallace, Patton's former assistant chief of staff, draws his facts from stenographic records of daily staff meetings, and provides insights and details unavailable to other historians.