Items related to Iron Arm: The Mechanization of Mussolini's Army,... 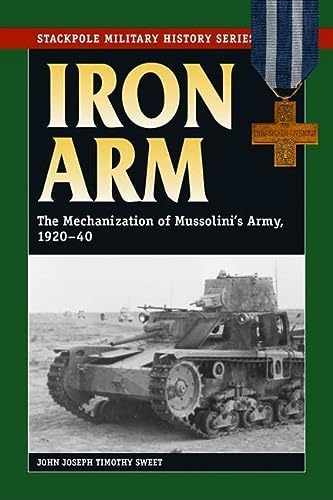 The late John Joseph Timothy Sweet studied under Sir Basil Liddell Hart and earned a doctorate from Kansas State University. A native of California, Sweet was killed on active duty with the U.S. Army. His other book is Mounting the Threat (0-89141-026-0).

"The first detailed study of the subject to see print. Carefully researched from original sources....The story of Iron Arm--Mussolini's name for his armored divisions, is a most worthwhile addition to the historical lore of military mechanization in modern times."-Military Affairs