Items related to Against Amnesia: Contemporary Women Writers and the... 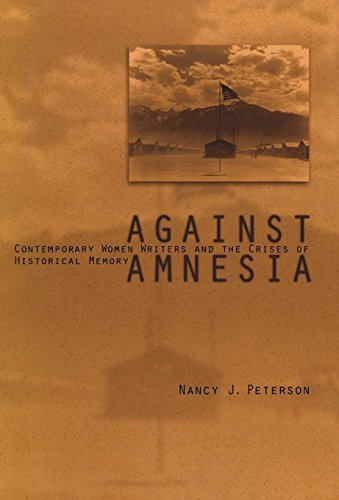 In Against Amnesia, Nancy J. Peterson addresses the ongoing postmodernist debate over the possibility and relevance of documentary and official histories. Drawing on Adrienne Rich's claim that women's literature and multicultural literature vigorously resist the amnesia and nostalgia that characterize mainstream North American culture, Peterson examines the struggles toward collective memory in a wealth of contemporary women's writing.

Peterson's in-depth analyses of selected works by Louise Erdrich, Toni Morrison, Irena Klepfisz, Joy Kogawa, and other contemporary women writers illustrate the ways in which these authors recover and represent the historical memories attached to their racial/ethnic backgrounds. Their works probe traumatic moments in the marginalized histories of minority peoples, including Native American genocide and dispossession; African American slavery, migration, and displacement; the Holocaust; and the internment of people of Japanese ancestry during World War II.

Peterson contends that these writers employ literary strategies that call attention to the gaps and silences of official histories. At the same time, these literary strategies allow the authors to narrate resonant counterhistories. Rejecting the playfully imaginative treatment of history found in typical postmodern novels, these contemporary women writers seek to reconstruct historical narratives in their texts and thereby reinvigorate historical memory in contemporary American culture.

"An important study in American literature."—Novel

"Nuanced and insightful readings of some of the most often read and discussed works by contemporary ethnic American writers. . . . In combination with her theoretical positioning, they make an outstanding book."—Hertha Wong, University of California, Berkeley

3. Against Amnesia: Contemporary Women Writers and the Crises of Historical Memory

6. Against Amnesia: Contemporary Women Writers and the Crisis of Historical Memory