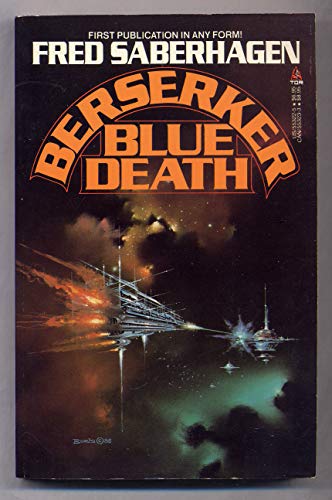 The great blue Berserker's destruction of the human colony Shubra was swift and merciless. And when it was over, Niles Domingo's daughter lay among the dead. Now Niles Domingo is a man with a mission: vengeance at any cost. With one small ship, Niles sets out against the great Berserker called Leviathan, tracking it through the interstellar mists of the Milkpail Nebula. He is sure he is ready for anything, but nothing can prepare him for the astonishing discoveries that lie between him and his vengeance.

Fred Thomas Saberhagen (1930-2007), a native of Chicago, served with the US Air Force then worked as an electronics technician and as a science writer and editor for the Encyclopaedia Britannica. He began writing science fiction for Galaxy in 1961. His first novel, The Golden People, was published in 1964. He is most renowned for the Berserker series of stories and novels.

Long before recorded history, two interstellar races were at war. One, pushed to desperation, created Beserkers, space-going battleships whose robotic minds were instructed to annihilate all biological life--presumably on the alien enemy's worlds. But eons after friend and foe were put to an end, the Berserkers still roam, and now they've encountered mankind. Such is the premise of one of the most famous science fiction series of all time. This book is a typical entry, with an obsessed man hunting down the machine that apparently killed his daughter. Patrick Cullen possesses a rich, compelling voice and sounds so fascinated by the story that the listener is, too. D.R.W. © AudioFile 2004, Portland, Maine-- Copyright © AudioFile, Portland, Maine