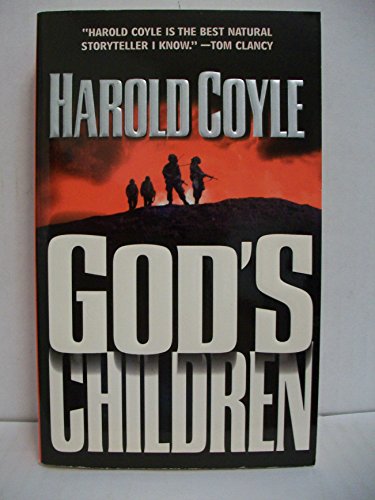 It is from the Biblical saying the Harold Coyle has taken the title of his new novel, God's Children. Yet peacekeeping is not child's play. A tale of high-tech warfare set in near-future Solvakia, God's Children is the story of the 3rd Platoon, Company, 2nd Battalion of the 13th Infantry, and two young officers who try to keep a peace that is falling apart before their very eyes.

Simultaneously an action-filled adventure and a study of contemporary issues facing today's soldier, this novel displays Coyle's vast knowledge of military affairs through thrilling yet realistic scenes. Proving once again that Coyle is a master of military fiction, God's Children is as timeless as war itself.

Harold Coyle graduated from the Virginia Military Institute and spent fourteen years on active duty with the US Army. He is the New York Times bestselling author of nine novels, including The Ten Thousand, Team Yankee, God's Children and Dead Hand. He lives in Leavenworth, Kansas.

FORT APACHEAFTERNOON, FEBRUARY 4By the time the convoy made its way past the sandbag bunkers that flanked the main entrance to Fort Apache, Second Lieutenant Gerald Reider's spirit had pretty much been beaten to death. Thus far, nothing he had experienced during his long journey even came close to matching his expectation. The infectious high that had inflamed Reider and his fellow officers after they had completed the rigors of Ranger training had been followed too closely by their introduction to the "real" Army.The long road that took Gerald Reider from Fort Benning, Georgia, to the gates of this battalion outpost in south central Slovakia had been slow and tortuous. It started with the charter flight that transported Reider and some four hundred fellow soldiers, airmen, and their families from the United States to Germany. While the young second lieutenant of infantry had no delusions that he was about to become a rather small fish in the overall scheme of the military universe, Reider was not prepared for the indifference, bordering on disdain, that he ran into as he began his travels. It seemed that no matter what line he stood in, Reider found himself waiting between a mother with small, impatient children and an enlisted soldier who had somehow managed to make it though basic training without eve...

Book Description Condition: New. Light shelf wear. Quality Books. Because We Care - Shipped from Canada. Usually ships within 1-2 business days. If you buy this book from us, we will donate a book to a local school. We donate 10,000+ books to local schools every year. If there are any problems, pleases ask us to resolve it amicably before leaving any feedback. Seller Inventory # R24851S