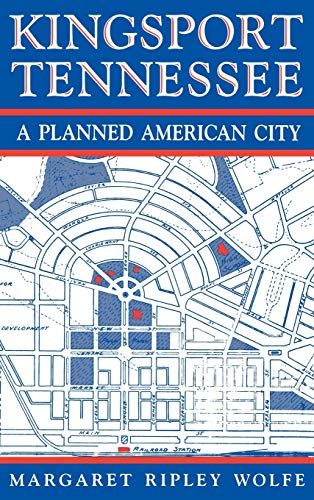 Kingsport, Tennessee, was the first thoroughly diversified, professionally planned, and privately financed city in twentieth-century America. The advent of this so-called model city, a glittering new industrial jewel in the green mountains, offered area residents an alternative to rural life and staid small-town existence as the new century dawned. Neither an Appalachian hamlet nor a company town, Kingsport developed as a self-proclaimed "All-American City."

Produced by the marriage of New South philosophy and Progressivism, born of a passing historical moment when capitalists turned their attention to Southern Appalachia, and nurtured by the Protestant work ethic, Kingsport today reflects its heritage. From flaunting its patriotism with grandiose Fourth of July parades to being defensive about its pollution, the city exhibits values almost stereotypically those of middle-class America. But loss of vision and a decline in the quality of leadership plague contemporary Kingsport, and, like other American industrial strongholds, it is buffeted by the winds of the high-tech revolution and the changing world economy.

This first full-length biography of Kingsport challenges interpretations of regional history that promote the colonial and poverty models. Margaret Ripley Wolfe brings to it the advantage of an insider's perspective. In considering the special roles of capital, labor, industry, and government over seven decades, she neither patronizes Appalachian workers nor treats developers and industrialists as villains. Her book will interest scholars of urbanization, city planning, landscape architecture, and industrialization, as well as local history enthusiasts.

Margaret Ripley Wolfe is a native of the Kingsport area and professor of history at East Tennessee State University.