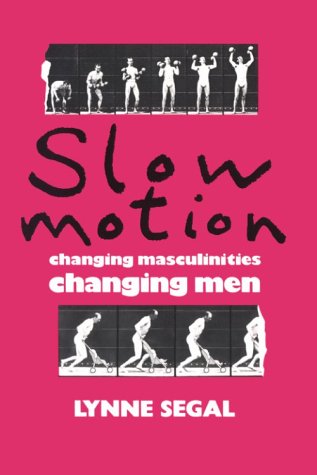 The title of this wide-ranging look at masculine identity refers to the pace at which men, according to the author, give up outdated notions of who they are. The white Western male enjoys (or suffers from) an identity that has taken centuries to perfect, and he is hanging on tenaciously. That's the bad news. The good news is that "masculinity" is not one but many things, the evolving product of contradictory social and historical forces. Segal, a British psychologist and feminist ( Is the Future Female?: Troubled Thoughts on Contemporary Feminism ), draws from a panoply of sources--novels, diaries, newspapers and feminist writings--for her portraits of modern men, from the Angry Young Man, the absent father and the rapist, to disenfranchised blacks and gays and anti-sexist men. Segal's critical approach is as varied as her subjects, commenting on a spectrum of psychoanalytic and feminist theories; in each case she concludes that theories don't work without an analysis of class,