Items related to Rimbaud: The Cost of Genius

Rimbaud: The Cost of Genius 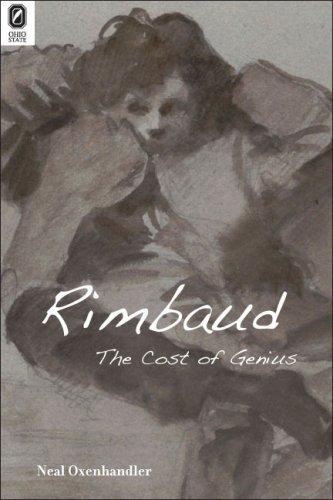 Living during the chaotic period between the end of the Second Empire and the early years of the Third Republic, Arthur Rimbaud would become the genius of French literary modernism, surpassing even Baudelaire. But at what cost? In his poems and letters he reveals the devastating rigors of his relationships with others as well as his power as creator and thinker. Neal Oxenhandler employs psychocritical strategies to penetrate the secrets of a man who was one of the greatest literary figures of his century. For each poem Rimbaud wrote he paid a price in suffering, in jealousy, and in misunderstanding. Eventually the price for his gift rose so high that he had no alternative except to abandon poetry while still in his mid-twenties. Rimbaud: The Cost of Genius analyzes twenty-one major poems, showing the poet’s development during the ten years (1869–1879), when he was actively writing. It offers new solutions to the “joke” or “trick” poems, such as “H” and “Conte.” It also deals with the poet’s confinement in the Babylone barracks during the Commune, envisioned in the enigmatic poem, “Le Coeur du pitre.” In the last chapter, Oxenhandler studies how sublimation is achieved in “Une Saison en enfer” through the rhetorical trope of chiasmus. The book concludes with a personal “Appendix” that seeks to penetrate the mystery surrounding Rimbaud’s death in the Conception Hospital in Marseilles on November 10, 1891, at the age of thirty-seven.

“Neal Oxenhandler is an acutely sensitive literary analyst. His readings are nuanced, original, and highly convincing. He is also a skillful intellectual biographer who has constructed a synthetic narrative which explains the evolution of Rimbaud's thought with psychoanalytic subtlety. The book is a tour de force, one of those most satisfying studies that enable its readers to rediscover the intricacies of both canonical and less well-known texts in detail and to have a global vision of the workings of the poet's psyche.”—Adelaide Russo, professor of French studies and comparative literature at Louisiana State University

“Rimbaud: The Cost of Genius is an important, original, deeply felt book. This is a book that needed to be written and that should be read, especially in our time of critical openness but also disorientation in the wake of once-powerful but no longer dominant theoretical vogues—deconstruction, identity group politics, and New Historicism.”—Rosanna Warren, Emma MacLachlan Metcalf Professor of Humanities, Boston University