Items related to Dayspring from on High: Advent Prayer (Advent/Christmas) 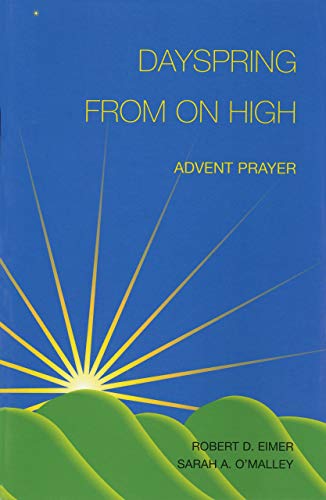 Dayspring from on High is a distinctive Advent devotional: the four weeks of Advent have been divided thematically.

In 1994 Pope John Paul II called for Christians to prepare for the 2000th anniversary of the birth of Jesus. In 1997-99, the Church entered into an immediate period of preparation?a three-year Advent in order that the year 2000 might spiritually be a special ?year of grace.? In these years of preparation, the Pope emphasized the theological virtues of faith, hope, and love plus the virtue of justice. Inspired by the Pope?s challenge, Dayspring from on High is a distinctive Advent devotional: the four weeks of Advent have been divided thematically, beginning with Week One, the virtue of faith; Week Two, the virtue of hope; Week Three, the virtue of justice; and culminating in Week Four with the virtue of love. Dayspring from on High includes some traditional elements like the lighting of the Advent candle and singing or reciting ?Come, O Come Emmanuel.? A brief quote from Pope John Paul II is the focus of each day?s prayer. In addition, the service invites the reader to more personal prayer, which includes a reflection, a resolution, a Scripture reading, and petitions. The service ends with a contemporary profession of faith. Individuals, families, and those involved in the RCIA will find Dayspring from on High a unique way to enter wholeheartedly into the Advent of the third millennium.

Dayspring from on High: Advent Prayer highlights the coming of the Third Millennium. It includes part of Pope John Paul's three-year agenda to prepare for the Great Jubilee 2000 by becoming people of faith, hope, love, and justice. The Pope's writings are the centerpiece of these Advent meditations and provide concrete ways of applying his writings to our personal lives. Dayspring from on High blends elements of traditional Advent devotion (the wreath, song, resolution) with the paraliturgical (Scripture, reflection, petitions, and a profession of faith).