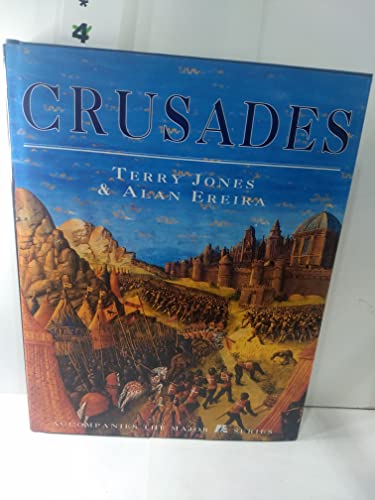 Surveys the history of the crusades, looks at the motivations and political manipulations behind them, and discusses their impact on modern history

TERRY JONES is most famous as a member of Monty Python. He has directed several feature films including Monty Python and the Holy Grail, The Life of Brian, and The Meaning of Life. He is the author of several children's books and of two books on medieval England: Chaucer's Knight and the highly acclaimed Who Murdered Chaucer? He has been praised as "a natural story-teller, inventive and mesmerising". ALAN ALEIRA was co-producer on the BBC's Crusades series. He has worked as a BBC radio and television producer, specialising in history since 1962. His credits include Battle of the Somme (Japan Prize 1978) and Armada (Royal Television Society Best Documentary Series, 1988). He is the author of The People's England, The Invergordon Mutiny and The Heart of the World.

Jones, the author of collections of children's fairy tales and a producer of films in the Monty Python series, and Ereira, a BBC executive, produced this book to accompany a forthcoming TV series on crusades. Splendidly illustrated, cleverly and wittily written, the book is likely to do a great deal of damage. It is rife with errors of fact, anachronisms, and vulgarisms. Worse, it is pervaded with a vicious, if politically correct, anti-Catholic bigotry, suggesting that the authors know very little medieval history (although a bibliography does list some of the standard reference works on the crusades). With no reference to Muslim Spain, generally acknowledged as the source of the crusading idea; with no concept of the social or cultural implications (what of women, mathematics, medicine, diet, etc.?); without even a definition of the term crusade, the authors explain the various movements solely as sporadic events linked by religious fanaticism. Westerners today pay a heavy price for their ignorance of the Middle East and their imperialistic exploitation of that region. The general public to whom the book is directed deserves better than they get here.
Bennett D. Hill, Georgetown Univ., Washington, D.C.
Copyright 1995 Reed Business Information, Inc.