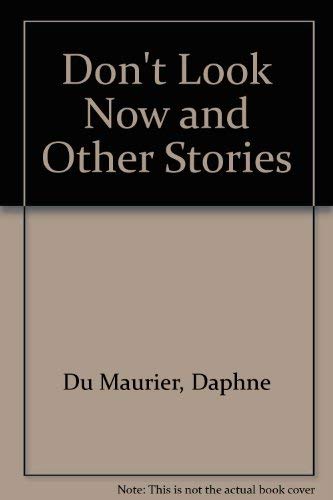 The 1970s was a decade of anger and discontent. Britain endured power cuts and strikes. America pulled out of Vietnam and saw its President resign from office. Feminism and face lifts vied for women's hearts (and minds). And prog rock, punk and disco weren't just music but for some were ways of life. Daphne du Maurier's "Don't Look Now" was published in 1971 and became a haunting film in 1973. It describes a young couple who travel to Venice to try and escape the pain of their daughter's death. Instead of laying their ghosts to rest, however, they find themselves caught up in a series of increasingly strange and violent events, in a brilliant meditation on loss, fear and fate.

John and Laura have come to Venice to try and escape the pain of their young daughter's death. But when they encounter two old women who claim to have second sight, they find that instead of laying their ghosts to rest they become caught up in a train of increasingly strange and violent events. The four other haunting, evocative stories in this volume also explore deep fears and longings, secrets and desires: a lonely teacher who investigates a mysterious American couple, a young woman confronting her father's past, a party of pilgrims who meet disaster in Jerusalem and a scientist who harnesses the power of the mind to chilling effect.

Part of the "Simply Stories" series, this ELT reader is an edited version of Daphne du Maurier's "Don't Look Now", reduced to 500 words.