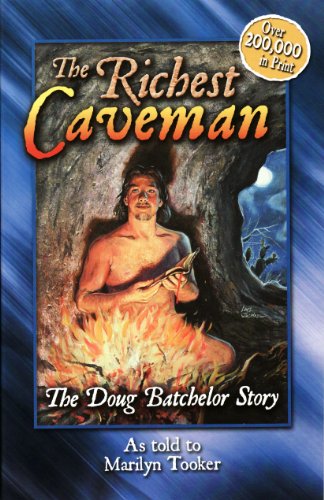 As the teenage son of a millionaire father and a show-business mother, Doug Batchelor had everything money could buy-everything but happiness. He used drugs, fought at school, and entertained suicidal fantasies. Disgusted with himself and convinced that life held no purpose, Doug was determined to grab all the fun and excitement he could find. Before his search ended, a cave in the hills above Palm Springs became his home. And although his father owned a yacht, a lear jet, and an airline, Doug would eventually scavenge for food in garbage bins. The happiness Doug wanted eluded him until the day he began reading the dust-covered Bible a fellow "searcher" had left behind in his cave. What happened next can only be described as a miracle.

With 30 years of elementary education under her belt and four children of her own, Marilyn Tooker can tell a good story. Now retired, Marilyn belongs to two writer's groups and is editor of her church newsletter. While not a prolific author, Marilyn is satisfied that her contributions have been influential in thousands of changed lives.