Items related to The Time Machine 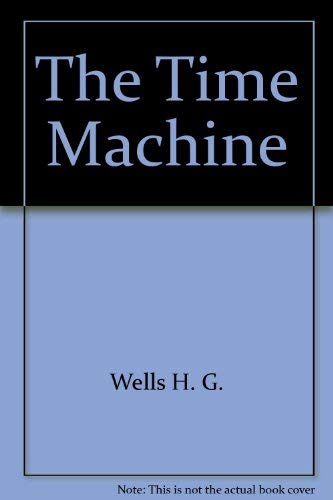 To go backward and forward in timr _ is it impossible?Nobody in London believes a young scientist's tale of doing just that. But they are asoundedwhen the time traveler, as thety cakllhin,returnsith actual proofof his amazing flights!.

H. G. Wells, the third son of a small shopkeeper, was born in Bromley in 1866. After two years' apprenticeship in a draper's shop, he became a pupil-teacher at Midhurst Grammar School and won a scholarship to study under T. H. Huxley at the Normal School of Science, South Kensington. He taught biology before becoming a professional writer and journalist. He wrote more than a hundred books, including novels, essays, histories and programmes for world regeneration. Wells, who rose from obscurity to world fame, had an emotionally and intellectually turbulent life. His prophetic imagination was first displayed in pioneering works of science fiction such as The Time Machine (1895), The Island of Doctor Moreau (1896), The Invisible Man (1897) and The War of the Worlds (1898). Later he became an apostle of socialism, science and progress, whose anticipations of a future world state include The Shape of Things to Come (1933). His controversial views on sexual equality and women's rights were expressed in the novels Ann Veronica (1909) and The New Machiavelli (1911). He was, in Bertrand Russell's words, 'an important liberator of thought and action'. Wells drew on his own early struggles in many of his best novels, including Love and Mr Lewisham (1900), Kipps (1905), Tono-Bungay (1909) and The

Book Description Raintree Steck-Vaughn Publishers. Paperback. Condition: Fair. A readable copy. All pages are intact, and the cover is intact. Pages can include considerable notes-in pen or highlighter-but the notes cannot obscure the text. At ThriftBooks, our motto is: Read More, Spend Less. Seller Inventory # G0817220240I5N00