Items related to Strange Bodies: Gender and Identity in the Novels of...

Strange Bodies: Gender and Identity in the Novels of Carson McCullers 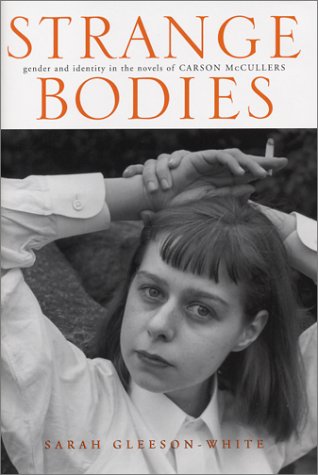 Sarah Gleeson-White is Senior Lecturer at the University of Sydney.

“The sexually complicated characters who began appearing in Carson McCullers’ fiction in 1940 might have been made to order for gender critics, but Gleeson-White is the first to give them the full gender-studies treatment.”—CHOICE

“[Gleeson-White] has used the four core novels . . . for a stimulating interpretation of their restive anxiety at the formation of identity.”—ForeWord Magazine

1. Strange Bodies : Gender and Identity in the Novels of Carson McCullers : ()