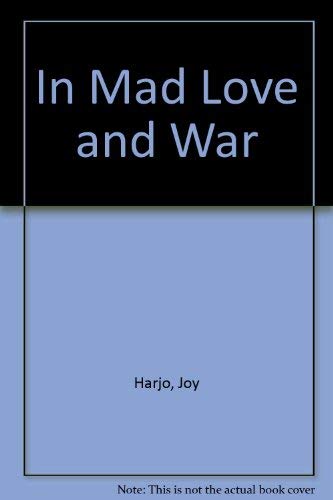 HARJO has published two other books of poetry, What Moo Drove Me To This? And She Had Some Horses, and a chapbook, The Last Song. Secrets from the Center of the World (with her text and photographs by Stephen Strom) was published in 1989, and a taped recording of her poetry, “Furious Light,” was issued in 196 by the Watershed Foundation. She has received an Academy of American Poetry Award at the University of New Mexico, an NEA Creative Fellowship (1978), an EA summer stipend at the University of Arizona (1978), and an Arizona Commission on the Arts Creative Writing Fellowship (1989). She won firs place in poetry at the Santa Fe Festival for the Arts (1980). Harjo also earned the Oklahoma Center for the Book’s Arrell Gibson Lifetime Achievement Award. Her home is in Tucson.

Book Description Wesleyan University Press, 1990. Condition: Good. A+ Customer service! Satisfaction Guaranteed! Book is in Used-Good condition. Pages and cover are clean and intact. Used items may not include supplementary materials such as CDs or access codes. May show signs of minor shelf wear and contain limited notes and highlighting. Seller Inventory # 0819521809-2-4

Book Description Wesleyan Univ Pr 1990-04-01, 1990. Hardcover. Condition: Good. Item is in good condition. Some moderate creases and wear. This item may not come with CDs or additional parts including access codes for textbooks. Might be an ex-library copy and contain writing/highlighting. Seller Inventory # DS-0819521809-3