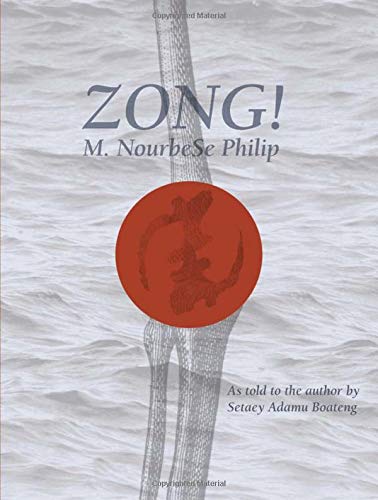 In November, 1781, the captain of the slave ship Zong ordered that some 150 Africans be murdered by drowning so that the ship's owners could collect insurance monies. Relying entirely on the words of the legal decision Gregson v. Gilbert―the only extant public document related to the massacre of these African slaves―Zong! tells the story that cannot be told yet must be told. Equal parts song, moan, shout, oath, ululation, curse, and chant, Zong! excavates the legal text. Memory, history, and law collide and metamorphose into the poetics of the fragment. Through the innovative use of fugal and counterpointed repetition, Zong! becomes an anti-narrative lament that stretches the boundaries of the poetic form, haunting the spaces of forgetting and mourning the forgotten. Check for the online reader's companion at http://zong.site.wesleyan.edu.

M. NOURBESE PHILIP is a poet, writer, and lawyer whose previous collections of poetry include She Tries Her Tongue, Her Silence Softly Breaks (1989). Born in Tobago, she now resides in Toronto, Ontario. SETAEY ADAMU BOATENG is the voice of the ancestors revealing the submerged stories of all who were on board the Zong.

"A brash, unsettling book, Zong! wants to chant or shout history down, shut history up. It not only laments and mimics history's unreason but, verisimilar and retributive both, deranges history, as if to reorder its linguistic protocols might undo or redo history itself. Fretful, possessed, obsessed, upset, curse and homeopathy, both, it visits a breathtaking run of glossolalic scat upon historical trauma." ―Nathaniel Mackay, author of Bass Cathedral

"Those still confused about why poetry might fracture and splinter and stutter can find an answer in the work of M. NourbeSe Philip. In Zong! she delves into the trauma of the plantation economy and allows her language to be shaped by the conflicts between telling and not telling, between naming and not naming that define the horrifying story of the slave ship Zong. This book is exceptional and uniquely moving."―Juliana Spahr, author of This Connection of Everyone with Lungs

"Zong! pushes its readers to understand the Zong incident in the complex contexts of both African spirituality, languages, and regions and the British (Western) slave trade and law, with its assumed racism yet sincerely attempted pursuit of justice. The poems work powerfully at the individual level and even more powerfully as a sequence to call attention to the scantiness of our knowledge of the history of African enslavement from any perspective but that of slave holders or legal documents and to question the assumptions about 'fact' and 'value' assumed by that perspective. Like reconstructed archaeological shards, Philip's poems give us pieces combined in different orders and to different effects, building a story in such disjointed terms that it implies the tale cannot be simply known or told. As Philip herself says, she is finding ways 'to "not-tell"' the story of the Zong―just as Toni Morrison both relates Sethe's story in Beloved and declares 'This is not a story to pass on.'"―Cristanne Miller, Edward H. Butler Professor of Literature, University at Buffalo SUNY