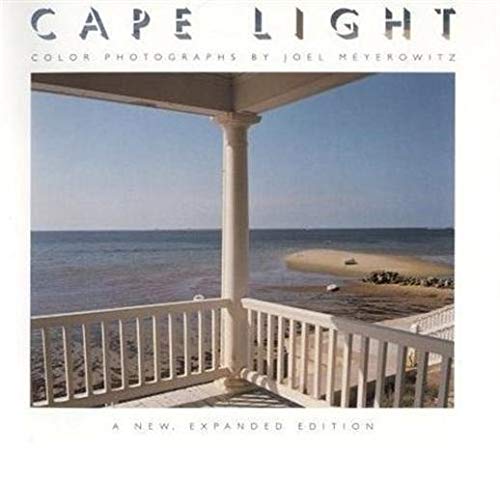 Originally published in 1979, "Cape Light" became an instant classic and one of the most influential photography books published in the latter part of the 20th century. Common scenes -- tiny figures on a beach, a porch railing against a storm-darkened sky, a blue raft against a summer cottage -- all are transformed by the poignant light of the Cape and the photographer's subtle and luminous vision. This exquisitely printed book captures every nuance of color and light in that unique juncture of sky, sea, and land that is Cape Cod.

Joel Meyerowitz is a photographer best known for his large-format color work published in Cape Light and several other books. He began his career as a street photographer and is the co-author of Bystander: A History of Street Photography. His photographs have been shown worldwide, including exhibits at the Museum of Fine Arts, Boston, the Museum of Modern Art, New York, and the Art Institute of Chicago. Recently he produced his first feature film, POP, a diary of a trip he made with his son and his aging father, who had Alzheimer's disease. Clifford Ackley is curator of photography and prints at the Museum of Fine Arts, Boston.