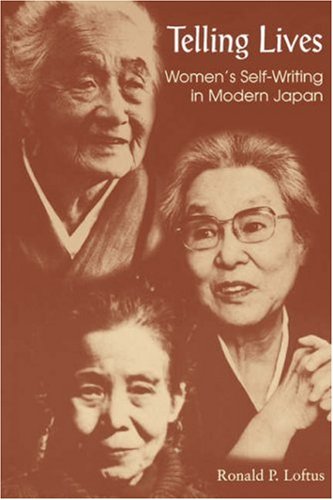 In this fascinating collection of translations, Telling Lives looks at the self-writing of five Japanese women who came of age during the decades leading up to World War II. Following an introduction that situates women’s self-writing against the backdrop of Japan during the 1920s and 1930s, Loftus takes up the autobiographies of Oku Mumeo, a leader of the prewar women’s movement, and Takai Toshio, a textile worker who later became a well-known labor activist. Next is the moving story of Nishi Kyoko, whose Reminiscences tells of her life as a young woman who escapes the oppression of her family and establishes her financial independence. Nishi’s narrative precedes a detailed look at the autobiography of Sata Ineko. Sata’s Between the Lines of My Personal Chronology recounts her years as a member of a proletarian arts circle and her struggle to become a writer. The collection ends with the Marxist Fukunaga Misao’s frank and explosive text Memoirs of a Female Communist, which is examined as a manifesto condemning the male chauvinism of the prewar Japanese Communist Party.

Ronald P. Loftus is chair of the Department of Japanese and Chinese at Willamette University.