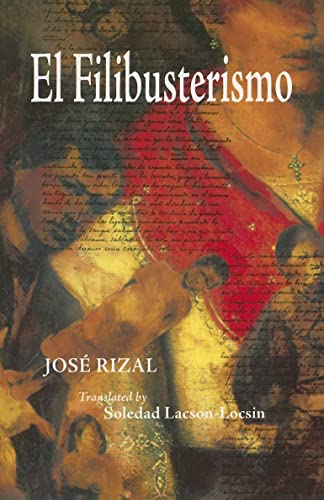 El Filibusterismo (The Subversive) is the second novel by José Rizal (1861–1896), national hero of the Philippines. Like its predecessor, the better-known Noli Me Tangere, the Fili was written in Castilian while Rizal was traveling and studying in Europe. It was published in Ghent in 1891 and later translated into English, German, French, Japanese, Tagalog, Ilonggo, and other languages. A nationalist novel by an author who has been called "the first Filipino," its nature as a social document of the late-nineteenth-century Philippines is often emphasized. For many years copies of the Fili were smuggled into the Philippines after it was condemned as subversive by the Spanish authorities.

Characters from the Noli (Basilio, Dońa Victorina, Padre Salvi) return while new ones are introduced: Simoun, the transformed Ibarra; Cabesang Tales and his struggle for justice; the nationalist student Isagani; the Indio priest Padre Florentino. Through them the colonial milieu is expanded―its officialdom, education, legal system, power plays, social patterns―and seen anew as context for conflict and insight. Translator Soledad Lacson-Locsin is the first to have worked from facsimile editions of the original manuscripts. The result is the most authoritative and faithful English translation to date, one which attempts to preserve in English the cadence and color of the original.

Special Offer for Non-Retail Accounts: Receive a free paperback copy of Noli Me Tangere when you purchase a paperback copy of El Filibusterismo. Please call our order department (toll free in North America and Hawai‘i only) at 1-888-847-7377.