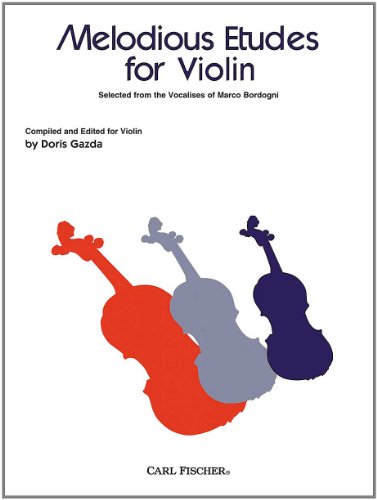 Marco Bordogni (1788 1856), a celebrated tenor of the early 19th Century, wrote these vocalizes during his later career as a teacher of singing. Transcribed and adapted by Joannes Rochut in three books, they became a cornerstone of the Trombone repertoire. Larry Clark and Sean O Loughlin have chosen fifty-four of the most tuneful and expressive studies and turned them into string excercises. These are certain to become standard supplemental collections for the teaching of musicianship to string players.