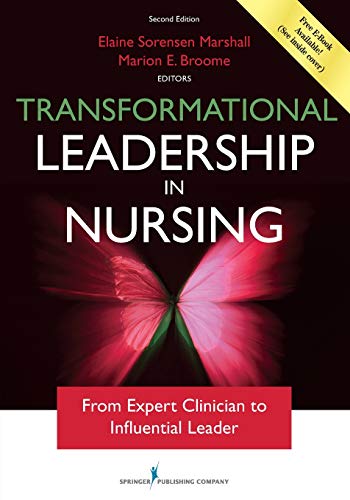 The text helps graduate students to master the skills they need to work effectively with interdisciplinary colleagues, address challenges within the confines of budget constraints, and resolve health care disparities and improve outcomes in all settings. With contributions from expert scholars and clinicians in the humanities, natural and social sciences, organizational studies, business, nursing, and other health care sciences, this inspirational text fulfills the DNP core competencies as described in the American Association of Colleges of Nursing (AACN) Essentials of DNP Education.

New to the Second Edition:

Elaine Sorensen Marshall, PhD, RN, FAAN, is a former Berneice Castella Distinguished Professor and Chair, Department of Health Restoration and Care Systems Management, University of Texas Health Science Center School of Nursing, San Antonio. Formerly, she was Professor and Endowed Chair, School of Nursing, Georgia Southern University, Statesboro, Georgia, and Dean of the College of Nursing, Brigham Young University, Provo, Utah, while she also served as a member of the board of trustees of Intermountain Healthcare in Utah. She has authored four books and has published more than 50 peer-reviewed journal articles, as well as 11 book chapters. She has served in national elected and appointed leadership positions for the American Association of Colleges of Nursing, the American Association for the History of Nursing, and the Western Institute of Nursing. Her work has been awarded the New Professional Book Award from the National Council on Family Relations, the Lavinia Dock Award from the AAHN, and the Jo Eleanor Elliott Leadership Award from the Western Institute of Nursing.

Marion E. Broome, PhD, RN, FAAN, is the Ruby Wilson Professor of Nursing, Dean, and Vice Chancellor for Nursing Affairs at Duke University, Durham, North Carolina, and Associate Vice President for Academic Affairs for Nursing at Duke University Health System. Prior to joining Duke, she was dean of the Indiana University School of Nursing, Indianapolis, Indiana, where she was awarded the rank of Distinguished Professor. Her research has been published in more than 110 papers in 50 refereed nursing, medical, and interdisciplinary journals. She also has published five books and 15 book chapters and consumer publications. She has served in a variety of leadership positions, including as a member of the National Advisory Council for the National Institute of Nursing Research, as president of the Society for Pediatric Nurses, and as a member of the governing boards for the Association for the Care of Children’s Health and the Midwest Nursing Research Society. Currently, she is editor-in-chief of Nursing Outlook, the official journal of the American Academy of Nursing and the Council for the Advancement of Nursing Science. Selected honors include Outstanding Alumnus for Georgia Health Sciences University and the University of South Carolina. In 2012, she was selected to receive the National League for Nursing Award for Outstanding Leadership in Nursing Education. In 2014, she was awarded the President’s Medal for Excellence at Indiana University.

Book Description Paperback. Condition: New. 2nd Revised edition. Language: English. Brand new Book. This award-winning text guides nursing graduate students in developing the key skills they need to fulfill emerging leadership roles as our health care system experiences profound change and increasing complexity. The book provides a wealth of critical information, practical tools, creative vision, and inspiration that will help to facilitate leadership at the highest level of clinical practice. This second edition is expanded and updated to incorporate leadership challenges resulting from health care reform, emerging contexts, challenges to the current vision of health care, and innovations that foster leadership development. Two completely new chapters address transformational leadership regarding changing health care perspectives and emerging contexts for health care.The text helps graduate students to master the skills they need to work effectively with interdisciplinary colleagues, address challenges within the confines of budget constraints, and strive to resolve health care disparities and improve outcomes in all settings. With contributions from expert scholars and clinicians in the humanities, natural and social sciences, organizational studies, business, nursing, and other health care sciences, this inspirational text fulfills the DNP Core Competencies as described in the AACN DNP Essentials of DNP Education.New to the Second Edition:Updated and expanded to incorporate new leadership challenges resulting from health care reformExpands the scope of leadership to encompass emerging health care contexts, transformation of vision, and practice innovationsIncludes new chapter addressing transformative leadership vis-a-vis changing health care perspectivesPresents new chapter describing emerging contexts for health care and how one builds a respectful culture in which emerging leaders can thriveUpdated tools, health care paradigms, and leadership inspirationPresents cases in certain chapters and reflective questions in every chapter that helps the student apply the theoretical content to their own situation and generate discussion across cohorts of studentKey Features:Written expressly for APNs transitioning into leadership rolesDelivered in clear, well-organized proseGrounded in competencies and essentials of doctorate education for advanced nursing practiceTraces the trajectory from expert clinician to role of leader of complex organizations and patient populationsDraws from experts in the humanities, natural, social, and organizational sciences, business, nursing, and health care. Seller Inventory # AAN9780826193988

Shipping: US$ 21.15
From United Kingdom to U.S.A.
Destination, rates & speeds

9. Transformational Leadership in Nursing: From Expert Clinician to Influential Leader

Shipping: US$ 16.86
From United Kingdom to U.S.A.
Destination, rates & speeds

Shipping: US$ 35.27
From United Kingdom to U.S.A.
Destination, rates & speeds