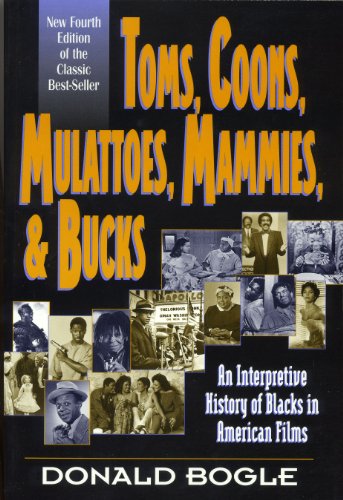 Completely updated to include the entire twentieth century, this new fourth edition covers all the latest directors, stars, and films including Summer of Sam, Jackie Brown, The Best Man, and The Hurricane. From The Birth of a Nation€”the groundbreaking work of independent filmmaker Oscar Micheaux€”and Gone with the Wind to the latest work by Spike Lee, John Singleton, Denzel Washington, Halle Berry and Will Smith, Donald Bogle reveals the ways in which the depiction of blacks in American movies has changed€”and the shocking ways in which it has remained the same.

"A well-researched and lively romp through the history of blacks in films. Far more inclusive and informative than previous books on the subject."—The New York Times

"Mr. Bogle continues to be our most noted black-cinema historian."-Spike Lee

"Bogle is passionate and good-humored. His book is valuable as a film reference work and social document."—Gene Siskel

"No one tells the story of Black Tinseltown like Donald Bogle. From the writing of the classic best seller Toms, Coons, Mulattoes, Mammies, and Bucks, to his definitive biography of Dorothy Dandridge, this film scholar has made Hollywood his town."—Essence (4/05)

Mentioned as the author’s “...landmark study” in a review for his new book. –Washington Post Book World, 2/27/05