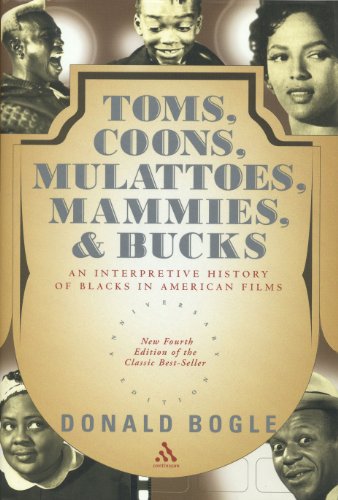 This classic study of black images in American motion pictures, this year enjoys its thirtieth anniversary of continuous publication through four editions, and is now available in a special hardcover gift edition, having sold over 200,000 copies in paperback. Identical to the new student-edition paperback (fall 2001), this one includes the entire 20th century through black images in film, from the silent era to the unequaled rise of the new African American cinema and stars of today. Bogle's book and work have had an unparalleled impact on students of film as well as the filmmakers and actors themselves. From The Birth of a Nation, Gone with the Wind, and Carmen Jones to Shaft, Do the Right Thing, Waiting to Exhale, The Hurricane, and Bamboozled, Donald Bogle reveals the way the image of blacks in American cinema has changed - and also the shocking way in which it has often remained the same.

"A well-researched and lively romp....Far more inclusive and informative than previous books on the subject." -- New York Times

"Mr. Bogle continues to be our most noted black-cinema historian." -- Spike Lee