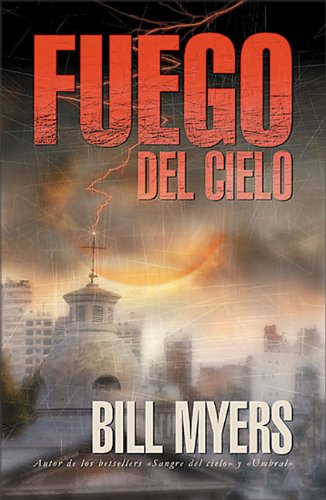 'My words will be fire in your mouth that you won't be able to handle. They will burn until you talk to my wife. Talk to her before it is too late!' This is how the dramatic journey to sanctity starts - newlywed couple Brandon and Sara Martus accept the calling as prophets from Revelation. This is not another novel about suspense in the later days, but a work of Christian fiction more intense and reflective than any that has been published before. While this couple gets ready to confront Satan, each one of them has to live to proclaim the truth that God gave to His church for the last times. From the United States all the way to the archaeological ruins from Biblical times, from the Himalayans to Jerusalem, Brandon and Sara fight against their human nature, understanding what it really costs to follow Christ... and, at the same time they experience a love deeper than they could never imagine. The author, Bill Myers, says: 'My life was transformed when I wrote this book'. It could change your life too.

Book Description Vida, 2002. Condition: Good. Ships from Reno, NV. Shows some signs of wear, and may have some markings on the inside. Seller Inventory # GRP96245469

Book Description Vida Publishers. Paperback. Condition: Very Good. A copy that has been read, but remains in excellent condition. Pages are intact and are not marred by notes or highlighting, but may contain a neat previous owner name. The spine remains undamaged. At ThriftBooks, our motto is: Read More, Spend Less. Seller Inventory # G0829728996I4N00