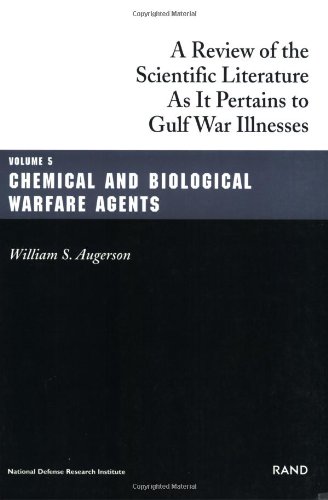 Gulf War veterans have reported a host of symptoms that could be construed as coming from exposure to chemical or biological weapons. The scientific literature on the effects of exposure to such agents suggests: Militarily effective doses of any of the agents reviewed would've produced severe health effects that would've required clinical treatment or resulted in death. However, since low-level exposures could've produced mild clinical signs that could've been overlooked or misinterpreted, it's not possible to rule out low-dose exposures to one or several classes of agents or the possibility of some resultant contribution to some of the symptoms Gulf War veterans have experienced. Still, it's difficult to believe that exposures affecting large numbers of persons would escape clinical recognition. Further, no references in the literature report clinical symptoms developing years after exposure, as was the case in about 50 percent of the health problems Gulf War veterans have reported.

This literature review, one of eight commissioned by the Special Assistant to the Deputy Secretary of Defense for Gulf War illnesses, summarizes the existing unclassified scientific literature on the health effects of selected chemical and biological warfare agents that may have affected service members who served in Operations Desert Shield and Desert Storm. The eight RAND reviews are intended to complement efforts by the Department of Defense and other federal agencies as they attempt to understand the full range of health implications of service in that conflict. The reviews largely reflect data from 1997 and earlier but contain some from 1998 and later.While many veterans have reported an array of physical and mental health complaints since the war, the extent to which veterans are experiencing either unusual rates of identifiable illnesses with known etiologies or any other illnesses from as yet unidentified origins is not yet clear.The other seven RAND literature reviews deal with oil fire pollution, depleted uranium, pesticides, pyridostigmine bromide, immunizations, infectious diseases (which includes review of two biological warfare agents, anthrax and botulinum toxin), and stress, all potential factors in some of the illnesses Gulf War veterans have reported.These reviews are intended principally to summarize the scientific literature on the known health effects of given exposures to these risk factors. Where available evidence permits, the reviews also summarize what is known about the range of actual exposures in the Gulf and assess the plausibility of the risk factor as a cause of illnesses. These broader statements should be regarded as suggestive rather than definitive because much more research both on health effects and exposures remains to be completed before more definitive statements are made. Recommendations on necessary additional research are also madewhen appropriate.These reviews are limited to literature published or accepted for publication in peer-reviewed journals, books, government publications, and conference proceedings. Unpublished information, such as reports or Internet notes, was occasionally used, but only to develop hypotheses or, in the case of press reports, for historical background. The reports are written for a professional and technical audience using unclassified sources. This monograph was submitted for peer review in summer 1998. Some selected articles that appeared in the literature after thatdate are also referenced in the monograph, principally to accommodate reviewer recommendations.This work is sponsored by the Office of the Special Assistant and was carried out jointly by RAND Health's Center for Military Health Policy Research and the Forces and Resources Policy Center of the National Defense Research Institute. The latter is a federally funded research and development center sponsored by the Office of the Secretary of Defense, the Joint Staff, the unified commands, and the defense agencies.

3. A Review of the Scientific Literature as it Pertains to Gulf War Illnesses: Chemical and Biological Warfare Agents v. 5 (Paperback)

Book Description RAND, United States, 2001. Paperback. Condition: New. Language: English. Brand new Book. Many Gulf War veterans have reported an array of physical and mental health complaints since the war and the question on everyone's mind is Can we identify a cause or is this a coincidence? To complement efforts by the Defense Department and other federal agencies in their attempt to understand the full range of health implications of service in that conflict, RAND undertook a major study to summarize the scientific literature on the known health effects of given exposures to such risk factors as oil well fires, chemical and biological warfare agents, depleted uranium pesticides, pyridostigmine bromide, immunizations, infectious diseases, and stress. In this landmark book series the authors report on their literature review summarize what is known about the range of actual exposures in the Gulf, and assess the plausibility of the risk factor at hand as a cause of illness. The authors caution that more research on health effects and exposures remains to be completed before definitive statements can be made and make recommendations for additional research. Seller Inventory # BTE9780833026804