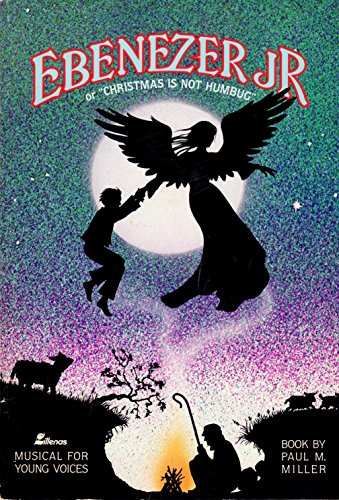 PAUL M. MILLER directed Lillenas Drama Resources from 1984 to 1999. Theatre and writing have been major influences in Miller’s life. PMM has both acted and directed. His credits include radio, where as a child and teenager, he appeared in ’One Man’s Family,’ ’I Love a Mystery,’ ’The Teen Air Theatre,’ and his own Bay Area parks and recreation show. While in graduate school in Berkeley, California Miller was part of the Mosswood Children’s theatre where he directed with David Carradine and Frank Oz. Among his acting roles are Big Daddy (CAT ON A HOT TIN ROOF), Orsino (TWELFTH NIGHT), Stage Manager (OUR TOWN), Father (ALL MY SONS), Prince/Death (DEATH TAKES A HOLIDAY). The directing experience is Miller’s favorite. His credits include Productions of THE DIARY OF ANNE FRANK, FAMILY PORTRAIT, SCREWTAPE, ONE FOOT IN HEAVEN, BELLE OF AMHURST, YOU CAN’T TAKE IT WITH YOU, and others. As an author, editor, and compiler, Miller is responsible for more than 25 books, scores of film scripts, and countless articles, both in and out of the field of theatre. Tom Fettke holds degrees from Oakland City College and California State University at Hayward. He has taught music in both public and Christian schools and has served as a church choir director and minister of music in churches large and small for over 30 years. He is in considerable demand as a guest conductor, clinician, and worship leader. Tom is also a composer, arranger, and producer of music and recordings for the contemporary Christian church and has been associated with Lillenas Publishing Company since 1973. He and his wife, Jan, have two married sons and seven grandchildren.