Items related to Behind the Phantom's Mask

Roger Ebert Behind the Phantom's Mask

Behind the Phantom's Mask 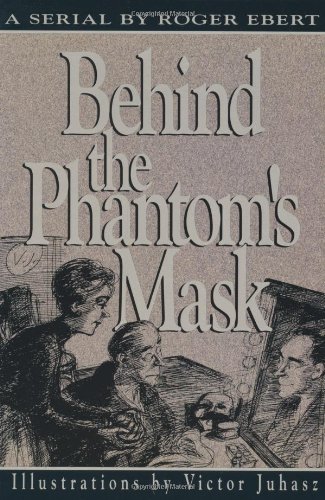 Modeled on the work of Victorian novelist Wilkie Collins, this serial cliffhanger follows Mason Devereaux, a once-great, hard-drinking British actor, who becomes involved in the case of an on-stage murder. Original.

Roger Ebert is the Pulitzer Prize-winning film critic from the Chicago Sun-Times. His reviews are syndicated to more than 200 newspapers in the United States and Canada. The American Film Institute and the School of the Art Institute of Chicago have awarded him honorary degrees, and the Online Film Critics Society named his Web site, rogerebert.com, the best online movie-review site.

Film critic Ebert's initial foray into fiction, which began as a syndicated newspaper serial, yields an entertaining if insubstantial farce. Mason Devereaux, a hard-drinking London stage actor of faded reputation, is given the chance to revitalize his career by assuming the title role in a West End production of The Phantom of the Opera . When his first performance is interrupted by a murder onstage, Devereaux is thrust into the unfamiliar spotlight of international celebrity. Soon, showbiz and media types from Tinseltown to Bucharest are clamoring to see and be seen with the world's reigning drunken thespian. This crush sweeps the hapless actor halfway across the globe, stopping along the way at Cannes, Disney World, the Betty Ford Clinic, the Oprah Winfrey Show and the broadcast booth at Wrigley Field. In the course of a mishap-plagued odyssey, he is twice kidnapped, drugged, cryogenically frozen and, finally, married. Ebert pokes good-natured fun at such American entertainment industry traditions as fawning Anglophilia, bloated excess and even the standard Hollywood ending. Equally amusing but far darker in tone are Juhasz's character illustrations.
Copyright 1993 Reed Business Information, Inc.