Items related to Modern American Music: From Charles Ives to the Minimalists

Modern American Music: From Charles Ives to the Minimalists 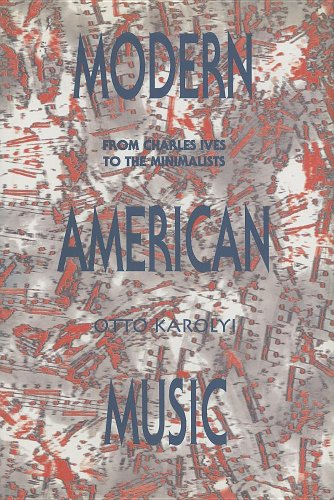 In this, Otto Karolyi's fourth book, he explores the rich traditions of twentieth-century American music which have helped to forge the country's artistic identity and to establish a canon of important American works. He begins by tracing the history of popular folk songs, Negro spirituals, psalms and hymns which together created an independent music with a distinct character.
But it was the free pioneering spirit and inventiveness of Charles Ives which mark him as the first great American composer of the century. At the same time, popular styles such as Gospel, blues, ragtime, jazz and Tin Pan Alley were exerting an enormous influence on the national consciousness. A new breed of composer who blended these disparate ideas followed, notably George Gershwin. At the same time Carl Ruggles, Walter Piston, Virgil Thomson, Roy Harris and Samuel Barber represented a new romantic spirit, infused with European influences, but nevertheless decidedly American. Karolyi charts the successes of giants such as Copland and Cage, and redefines the importance of lesser-known figures such as Cowell, Partch and Earle Brown.
In their quest for the new, the Modernist movement pushed music to its limits with their experiments with form and tone. Composers such as Milton Babbitt, Elliott Carter and George Crumb represent a continuation of the American musical vanguard. Alternatively, the Minimalists have sought a return to tonality and harmony. Karolyi appraises the Minimalist canon, from the movement's founder La Monte Young, to his popular followers, Terry Riley, Steve Reich, Philip Glass and John Adams, who were once viewed as the avant-garde and now command international respect. The study is rounded off by a look at South American composers such as Villa-Lobos, Carlos Chavez and Mauricio Kagel.
This book is an indispensable introduction to twentieth-century American music, the major movements and personalities, popular and cultural influences. Karolyi takes the reader chronologically through this fascinating and vibrant time in the development of an American style of music.

Otto Karolyi is currently Senior Lecturer of Music at the University of Stirling, a position he has held since 1978.

1. Modern American Music: From Charles Ives to the Minimalists

2. Modern American Music: From Charles Ives to the Minimalists

3. Modern American Music: From Charles Ives to the Minimalists